The Old Orhei is an amazing destination with stunning views. But beauty does not only exist on the outside. Do you know what made these places important, beautiful and remarkable? Find out in this article!

The answer is history. A vast number of events took place on these lands. Visitors will undoubtedly be amazed by everything that happened here.

It is hard to believe that great rulers used to walk on this land, in the very same place that now small villages continue to spread around.

Medieval cities and villages like Șehr al-Cedid (XIV) and Orhei (XV-XVI) used to bustle with people, sellers, villagers and merchants. The archeologists have found Thracian-Geto Dacian relics, which are now on display at the local museum. These things have helped us to find out more about the people in the past.

The medieval city of The Old Orhei was built in 1330 during the domination  of the Golde Horde. The settlement had an oriental character and its name was Șehr al-Cedid (The new town).

It used to occupy the entire territory of the promontory “Peștera” including  the old habitats of the natives. In 1369, the Mongols left the Prut-Dniester territories which led to the increase of popularity and capitalization of the territory on Răut by the current villagers.

It also became the most important fortification at the eastern boarder of Moldova. An interesting fact is that the Old Orhei’s prosperity years back then coincide with Alexandru The Good (1400-1431) and Ștefan The Great’s (1457-1504) reign.

Even though time has passed, the rivers, forests and cliffs still hold the awesome events and mysteries that took place on their ground.

So don’t hesitate and when you have the opportunity, visit The Old Orhei and discover it’s secrets. 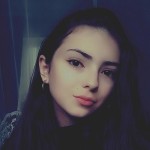